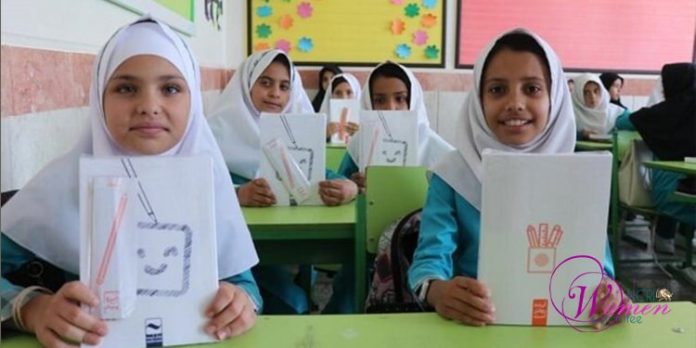 Boys and girls are educated separately in Iran until they reach university. Even teachers must be of the same gender as the classes they teach

The education system in Iran is divided into two main levels: primary education and high-school education. All children spend six years of their lives at primary level from ages six to 12 and attend high school from ages 12 to 18. Primary education is compulsory in Iran. There are many free public schools as well as private schools with high tuition fees. There are also schools called ‘Nemuneh Mardomi’, which are believed to be better than public schools and more affordable than private schools.

Gender segregation has long been a feature of Iranian society. Men and women are often kept separate in public places like schools and also sometimes at public weddings.

In 2009, Hojatoleslam Nabiollah Fazlali, the representative of Supreme Leader Ayatollah Ali Khamenei at the Khajeh Nasir Toosi University of Technology, made a heated attack on the co-education system.

Fazlali criticized coed universities, saying that allowing male and female students in the same class is like “putting meat in front of a cat.”

Hypedge Media and Education Connect Plus awarded educationists from across the nation during the 2022 edition of the National Education Brilliance Award...
Read more
News

We are pleased to share the final winners of the 2022 edition of INDIA EDUCATION AWARDS presented by Education Connect Plus (A...
Read more
Interesting Facts

Counselling For School, College Students To Be Conducted: Pinarayi Vijayan

Kerala Chief Minister Pinarayi Vijayan on Wednesday said counselling sessions should be held for school and college students who may be in...
Read more

The Meghalaya government has conceptualised an early childhood development programme, aimed at overall welfare of children, with the state lagging behind in...
Read more

Mathematics educator Anand Kumar on Wednesday said that there was a growing need to make mathematics teaching and learning a nationwide movement...
Read more
Load more