Home Articles The Need of Sex Education in Schools
Articles

The Need of Sex Education in Schools 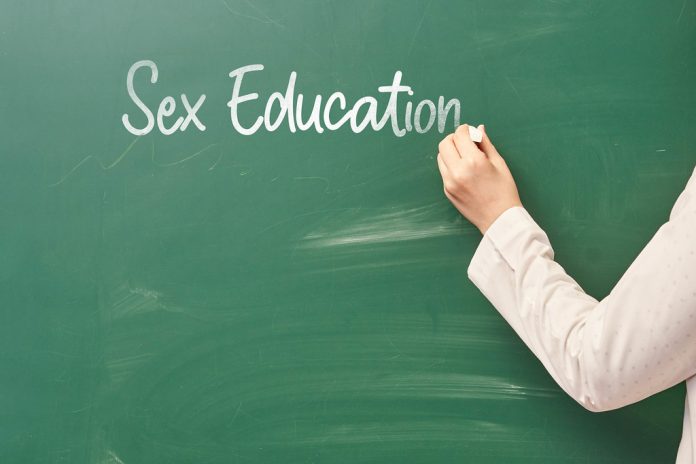 How innocently a child asks to her mother where I came from? And mother replies God gifted you and afterwards when we grow up we see this had all science behind this which we were unaware of at that present moment. Sex Education has never been so comfortable conversation between parents and child but as we grew up we have some or the other curiosity regarding adolescence, contraception and STIs, periods, condom etc.

Sex education is nothing but the kind of education that provides knowledge on physical, social, moral, behavioural and psychological changes and developments during puberty. It teaches teens about the role of male and female in society.

Due to rise increasing incidences of HIV/AIDS, RTIs/STIs and teenage pregnancies, there is a rising need to impart sex education in schools because school has been the most prominent period of youngsters where they learn new habits, discover new things and gain knowledge. Internet is an ocean of distorted information available at the click of a button on the internet. We all know children will get all of the information they need at home through their parents, but school is also an important source of information and wise knowledge

One of the biggest problems with abstinence (the decision not to have sexual intercourse) is only education is that it denies teenagers the chance to learn about acceptable options other than abstinence. Given that no form of sex education has been shown to effectively convince teenagers not to have sex, this is a significant problem. If this knowledge has been given at a specific time in school, cases of teenage pregnancy will be reduced. As we know children have this nature of curiosity among them and the they try to explore such things which is completely not right in their age and for that safety it is our responsibility to provide them the apt knowledge.

Sex education programmes doesn’t encourage sex else such programs give students realistic and factual information about the safety of various sexual practices, and how to improve the odds. That is why schools should take up these classes starting from as early as class so that the students are comfortable approaching their teachers before turning to unreliable sources of information online.

ACCEPTING THE ROLE OF OPPOSITE GENDER

The main aim of sex education is to teach children and to accept the role of male and female in society and how generation passes further by acquiring the knowledge of sex. Understanding the differences and similarities between two genders; in terms of body and-mind will set up a foundation for the future development in their acquaintance with friends and lovers and their interpersonal relationship. This will ultimately help teens to get emotionally stable and feel sufficiently secure and adequate to make decisions regarding their conduct rather than carried away by their emotions.

Experts claim that “Youth in India needs sex education more than the youth in any other country since child marriage ensures that one not only have sex at a young age, but girls also have teenage pregnancy”.

Just simply dumping the facts over students or hesitating while having conversation over such topic, even at the time of science chapters like reproduction teachers are unable to interact with students and gets awkward over such topic that ultimately makes students too conscious. This negative approach towards the concept of sex education starts from the authorities and through the trickledown effect reaches the students also, who then approach it in a similar way. These sessions are always held by people who are trained to do it. Counsellors who can talk about these subjects without blinking an eyelid, are the ones who help in making the students confident too.

Basically, it’s just a taboo in the head of society. According to the data published by WHO, sex education should be imparted to children who are 12 years and above. It has also been seen that it is the age group of 12 to 19 years that counts for some 34% of the HIV infected persons in the world. Children reaching the teen phase, starts showing peculiar behaviour that can grow up into bigger problems in future, if not given the right knowledge at the right time. An effective sex education at school along with adequate communication between parents and children at home can bring about a lot of change.

Such guidance is much needed in the present times of information overload. In fact, parents feel that it is the schools that have to be proactive and arrange for classes and sessions like these, so that the day the child is curious, he gets the answers from trained professionals and not from some anonymous website.

A 2007 study published in the American Journal of Public Health found that te7ens who start using condoms from the first time they have intercourse score higher on several sexual health measures than teens who don’t.

The scientists followed more than 4,000 teens for an average of almost seven years. They found that those adolescents who used condoms at their first intercourse had the same number of sexual partners as those who didn’t.

ROLE AND POWER OF EDUCATION

What good is a degree if you can't even get a job? Online programs offer classes and degrees at prices so affordable...
Read more
Articles

Mental Health is basically cognitive, behavioral and emotional wellbeing of a person. It is basically how you think, behave, feel in your...
Read more
Articles

Why Practical Knowledge is more Important?

When we steer our mind and make a step towards knowing the world and people around us, our empirical knowledge helps us...
Read more