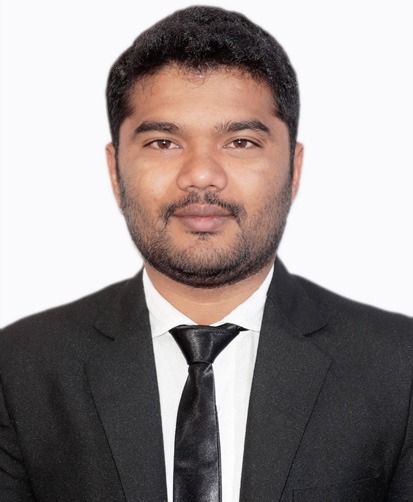 S. Bharat Kumar Reddy, born on 16th June 1992 to S. Viswanath Reddy and S. Vijaya Lakshmi. People often talk about their mother’s affection and gratitude while ignoring their father’s attention. Mother’s love is widely discussed in movies, television shows, and other media. What we struggle to understand is the influence of a father, which is consistently underestimated. It would be wrong to conclude that every father is the ideal hero for his children, which is not the case. However, when it comes to being an ideal man, I will unquestioningly vote for my father. My father is my hero and guide in my life. He always encouraged me to follow my goals and desires, despite the threats. He believes that everyone must make mistakes to learn from them. In this regard, he is considered to be a risk-taker. He aids in the development of problem-solving skills, allowing me to perform better. He is the first one I think about when I’m in trouble. He has been a driving influence in all of my big life choices. In reality, I’ve never regretted following his advice because it’s always worked for me.
He played an inspirational role in every aspect of my life, beginning from schooling to date. Though he is a tailor by profession, he has given me a first-class education by admitting me to highly reputed corporate schools and colleges. I was not passionate towards education, but he is the one who drove me by his words which made me who I am today.

I had chosen pharmacy as my profession. I completed my graduation from the Jawaharlal Nehru Technological University Ananthapur, India, in 2014, where I secured a gold medal for academic excellence. While studying pharmacy graduation, I have developed an interest in pharmacology which driven me to pursue the same in my master’s at JSS College of Pharmacy, Ooty, India. While studying here, I contacted Professor Dr. K. Elango, whose innovative experimental approaches have inspired me to work in the field of acute wound healing by developing Pluronic lecithin organogel of 5-aminosalicylic acid for full-thickness excision wound model. The research resulted in bagging best poster & young research award along with a publication in Drug Development and Industrial Pharmacy with an impact factor of 2.3. These made me realize that my abilities and passion for this area shall be wholly fulfilled if I pursue a research career.

At present, I have extensively involved in diabetic wound healing management using peptide-based nanoparticles loaded in biomaterial scaffold, supported by the Indian Council of Medical Research-Senior Research Fellowship (ICMR-SRF). During my tenure, I have also guided master projects on the diabetic wound, and the results are successfully published in reputed journals (Cumulative impact factor: 19.207) and 3 Indian patents. I have been given ICMR-SRF, JSS Academy of Higher Research & Research-JRF, International travel grant, InSc research excel lence and young researcher awards for my meritorious performance in research. Further, I also bagged numerous first prizes in national and international conferences.

Hence, it is that my father has made the story of my life. He has transformed my weaknesses into exquisite privileges in thousand ways, allowing me to stroll serenely and happily in the shadow cast by my deprivation.

ROLE AND POWER OF EDUCATION

What good is a degree if you can't even get a job? Online programs offer classes and degrees at prices so affordable...
Read more
Articles

Mental Health is basically cognitive, behavioral and emotional wellbeing of a person. It is basically how you think, behave, feel in your...
Read more
Articles

Why Practical Knowledge is more Important?

When we steer our mind and make a step towards knowing the world and people around us, our empirical knowledge helps us...
Read more