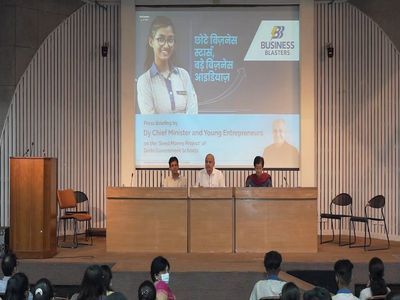 The programme that might be applied in all Delhi authorities’ schools beneath the “entrepreneurship mindset curriculum”, is geared toward growing younger entrepreneurs on the school-level.

“I am proud to launch this Business Blasters programme. It is going to be the foundation stone in the development of the country,” Sisodia stated.

As a part of the programme that was “successful as a pilot project”, college students of courses 11 and 12 might be supplied seed money of ₹2,000 to begin a business, he stated.

“This programme, for the students of classes 11-12, is going to be the basis of the country’s progress. Through this, children will not run after jobs, but jobs will come after these children,” the training minister stated.

The minister added that the programme is an initiative which, if applied correctly, can take India from being a growing nation to a developed one.

The programme was started at the School of Excellence Khichripur under a pilot project. Its purpose was to inculcate the belief in children that whatever work they do, they should do it with an entrepreneurial mindset, Sisodia said.